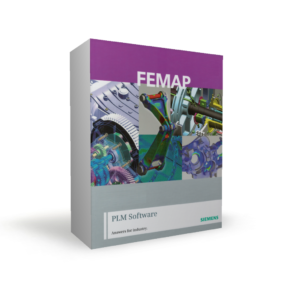 Wondering the story is on Femap and Nastran?  Femap is a finite element modeling and post-processing environment.  It interacts with solvers such as Nastran to model physical behavior to assist in the drawing of conclusions about said behavior.  Finite element solvers typically require strict text file-based formatting of your analysis setup, which is rarely done manually (by hand) anymore.  Instead, programs such as Femap are used to prepare text file inputs to the solver using a combination of a modern graphical user interface built-in functions to automate what could otherwise be tedious and error-prone data entry tasks.

Nastran is a separate finite element solver product that can be bundled within Femap.   Simcenter Nastran (formerly NX Nastran) is an actively-developed offshoot of the Nastran code base, but is one of the most common solvers for finite element analysis (FEA).  Nastran is essentially the math behind FEA.  As a pre-processor, Femap assists with building a model of a part, and then translates that into a Nastran formatted “input file”.  Nastran then computes the behavior.  Following this, Femap reads the results and provides interpretation tools to facilitate the processing of output data.  Oftentimes, the amount of information from the model is substantial, and Femap can enable a more rapid understanding of gross behavior. 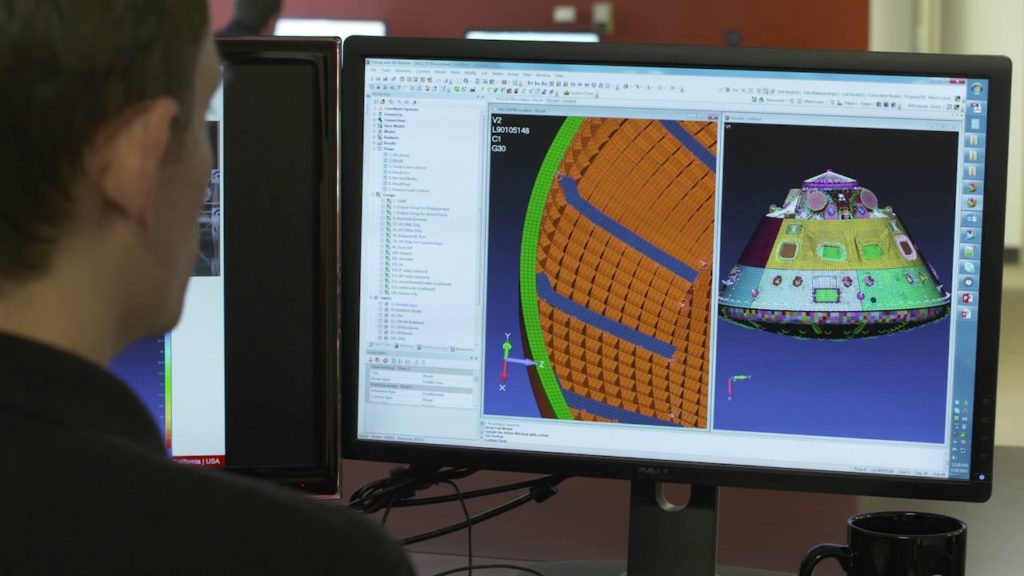 An engineer uses Femap to assess part behavior at a computer workstation.

Who uses it? The typical user of this software set can be a university researcher characterizing some phenomena for the first time, or an aerospace industry professional completing a standardized analysis on an aircraft part to show that it will survive the rigors of intended usage.

Femap has run away from it chief competitor MSC Patran in recent years due to prolonged development neglect from the MSC side.  Femap is more mature and refined by many accounts.  Siemens PLM Software continues to innovate and continual expand Femap’s feature set.

What’s the deal with licensing?  Femap is a Windows-only application.  There are a few ways to license the tool.

Both are products of Siemens PLM Software.  Licenses for each can be purchased individually, but a bundled Femap with Simcenter Nastran package is the most cost efficient way to get started with FEA analysis.  More licensing methods and option packages are available for advanced users.  Femap is sold by resellers called VARs (“Value Added Reseller”).  Unless working with a VAR to begin with, smaller companies are assigned to VARs at the time of purchase, whereas larger corporations make purchases and get support directly from Siemens PLM Software.  We are partnered with a VAR called Structural Design and Analysis (www.structures.aero).

How does Femap compare to NX (or Simcenter)?  Read this page for more information regarding the differences between these two programs.

Where did the previous name for NX Nastran come from?  Supposedly, NX refers to “Next Generation”.  Siemens began using this moniker for their product with integrated Unigraphics (“UGS”) and I-DEAS back in 2002, which was/is a CAD environment that they introduced simulation capabilities into.  They also applied it to their own development line of Nastran.  It seems to have been retired fairly recently (~2019), with the debut of the new “Simcenter” moniker.